Air Pollution and Your Health 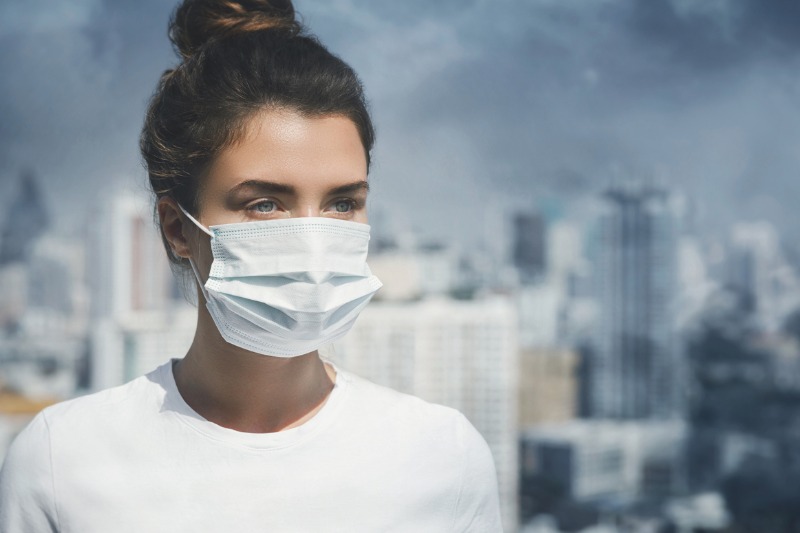 When you know the average human inhales approximately 13,000-16,000 litres of air every day and 400-500 million litres over the course of his or her lifetime, the significance of air quality for human health gets more apparent. Today, in this article we will be discussing all air pollution and also how it affects our health, environment, and atmosphere. Even though we all are aware of the importance of good healthy air in our lives, still besides factories, industries, and other economic organizations, we people also contribute to making air polluted and indirectly affecting our lives negatively. Just go through the entire article and you will get to know how could it be possible.

Air pollution is a well-known threat to human health in the environment. When a cloud of brown settles over a metropolis, emission billows along a busy main road, or a cloud of smoke rises from a factory, we realize what we're looking at and how to identify it. You may not be able to see certain air pollution, although its powerful scent will alert you.

As a group, dangerous pollutants originating from both biological and cultural sources are classified as "air pollution."

Our atmosphere becomes increasingly polluted as the world becomes extremely hot and more populated, engines continue to spew out polluting emissions, and half of the world does not have access to clean fuels or technologies. 9 out of 10 people now inhale polluted air, which ends up killing seven million people each year.

Air pollution has become the most significant environmental risk factor for premature death, accounting for more than 6 million early deaths every year due to strokes, heart attacks, diabetes, and lung infections, according to the World Health Organization. That is greater than the total fatalities from AIDS, TB, and malaria put together.

The health consequences of air pollution are severe – air pollution is responsible for 1/3 of all fatalities from heart diseases, lung cancer, and stroke combined. This has an impact that is comparable with that of smoking cigarettes, and it is significantly more severe than, for example, the effects of consuming excessive salt.

It was believed that air pollution was largely a hazard to respiratory health when the National Ambient Air Quality Standards (NAAQS) were first created in 1970. As air pollution findings indicate over the decades that followed, concerns grew in scope to also count, type 2 diabetes, cardiovascular disease, obesity, and diseases of the neurological, immunological, and reproductive systems, among other things.

Contaminants like dust, steam, smoke, soot, fog, and ash, among other things, are released into the atmosphere both naturally and as an outcome of human activity, such as cooking. As a result, the atmosphere has the ability to neutralize harmful solid, liquid, and gas compounds by melting them; yet, due to the generation of large amounts of these substances, and dependent on climatological conditions, the atmosphere is constantly polluted. Pollution can be classified into various categories. There are several types of pollutants that contribute to the pollution of the urban environment. The most significant of these are sulphur dioxide (SO2), nitrogen oxides (NOx) particle substances (PM), secondarily ozone (O3), and volatile organic compounds (VOCs), which are produced as a result of photochemical reactions.

The use of ineffective modes of transportation (polluting vehicles and fuels), the wasteful combustion of domestic fuels, coal-fired power stations, heating, lighting, agricultural, and garbage burning are all major contributors to ambient air pollution.

When such pollutants operate, they release gases and chemicals that are harmful to human health.

What is the impact of air pollution on our health?

The type of air pollution to which we are subjected has a different impact on our bodily and psychological health than the other types. There are numerous organs and physical functions that could be injured, with the following consequences:

The following health consequences have been observed as a result of the detrimental impacts of air pollution on human health:

How can I reduce my own contribution to air pollution?